ADIDAS ORIGINALS AND PHARRELL WILLIAMS’ HUMANRACE™ UNVEIL NMD S1 RYAT BLACK
Building on the design language of  NMD S1, adidas Originals and Humanrace™ unveil NMD S1 RYAT, a boot that empowers wearers to walk their own path and stems from Pharrell Williams’ appreciation of individuality and outdoor style.
“The RYAT is a cultural artifact and an object for humans pushing forward on our planet,” says Williams of the intent of the shoe.
NMD S1 RYAT Black is unveiled in a film shot by director Gabriel Moses. The film explores the idea of community and unity by showing the boot as part of a modern uniform, styled in Pharrell’s  FW22 Humanrace Premium Basics apparel.
The campaign also saw the return of GANGBOX with a new set of illustrations interpreting the boot as a totem in his own post-apocalyptic world. “It’s an interesting idea of overlapping [the city and nature],” says GANGBOX of his inspiration behind the illustrations. “We’re at a cultural point where all those things are merging, so this shoe was supposed to represent that in many ways.”
When the design of NMD S1 RYAT commenced, people were discovering and adjusting to new ways of living. While the shoe was created through a series of 3D prototypes, the design process also sought to reflect the complexities of our present-day reality, incorporating multiple, occasionally contradictory, ideas: material realities and imagined futures, objects of beauty, and tools for performance. The result is a shoe that is sensitive to culture’s ever-shifting tectonic plates, straddling the past and future, individual and community, mountain and metropolis. This is the new performance criteria.
NMD S1 RYAT offers functional design in which every element and detail serves a purpose. The shoe’s upper is constructed from a mix of premium suede and leather overlays, while a rubberized TPU mudguard and toecap add to the shoe’s sense of utility. The design is completed with a Boost midsole for cushioning and a rugged outsole featuring Trefoil-shaped grip. 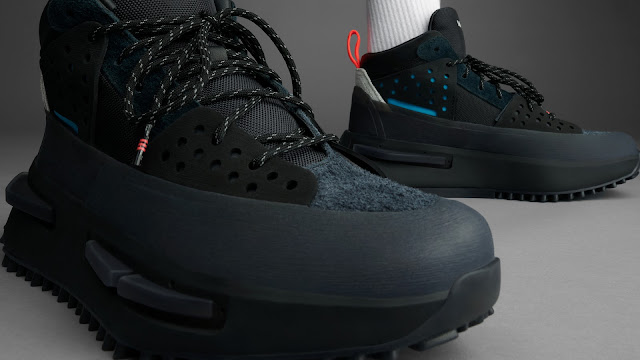 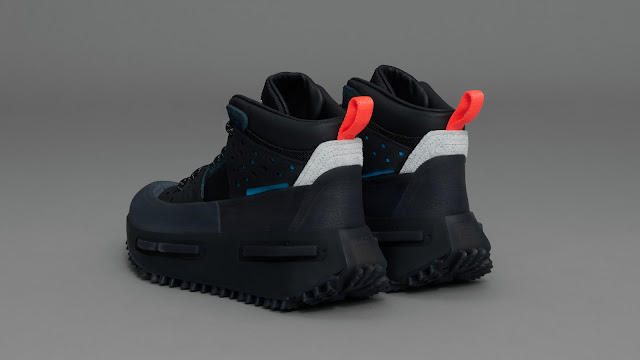 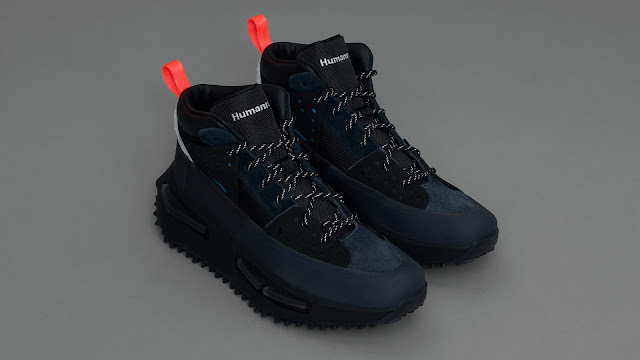 NMD S1 RYAT Black is available now on the Confirmed App and through adidas.com/pharrell, humanrace.com and select retailers. 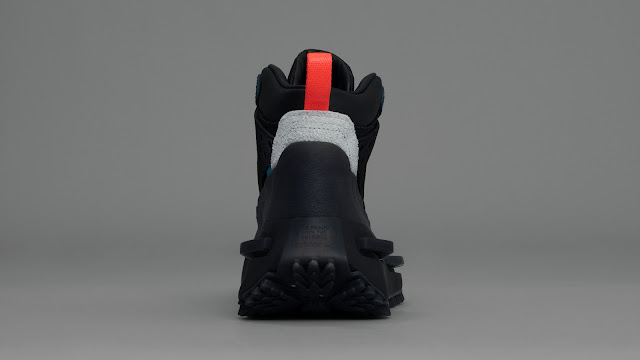 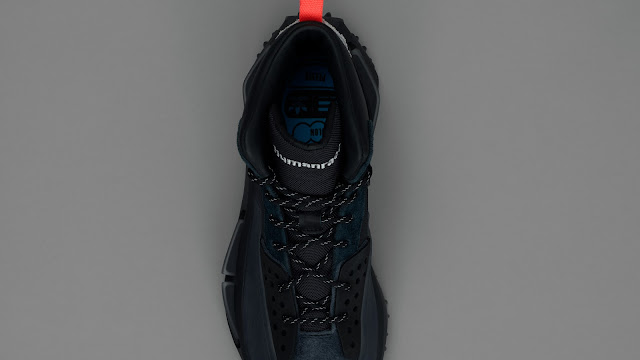 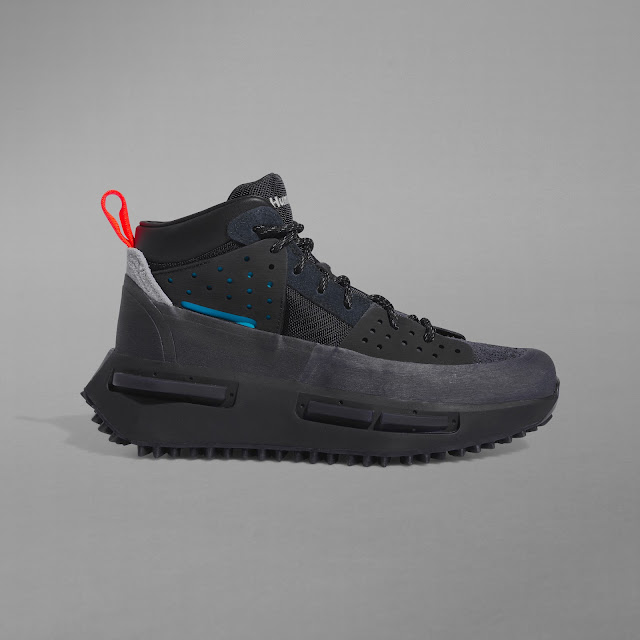 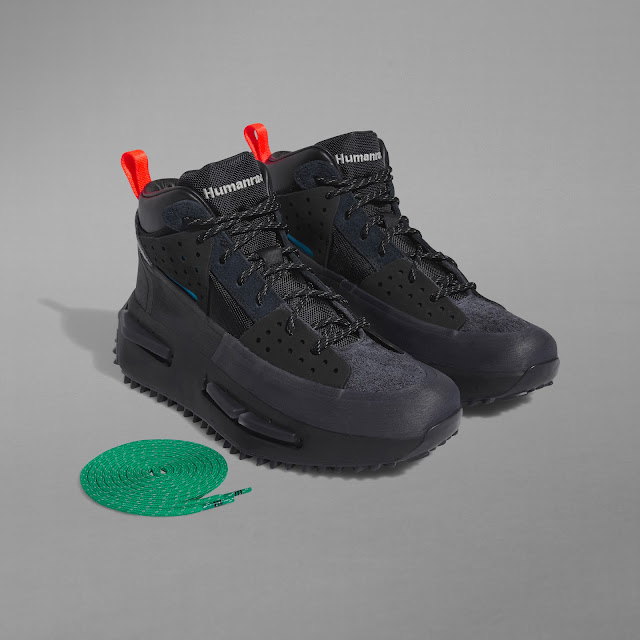 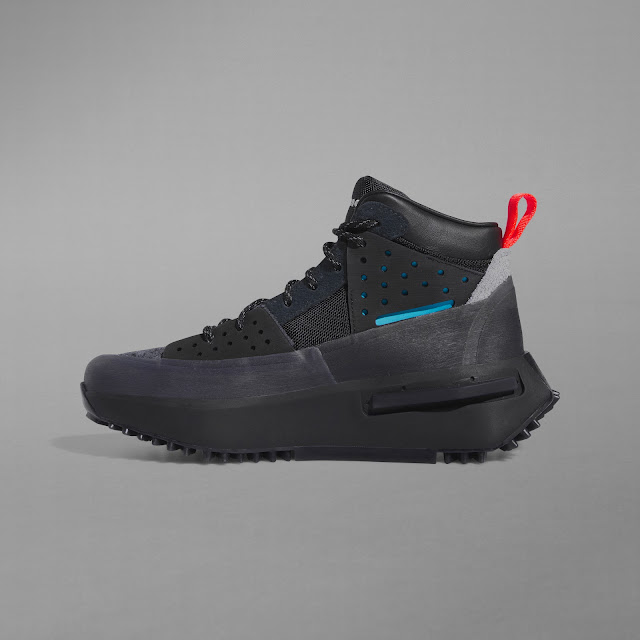 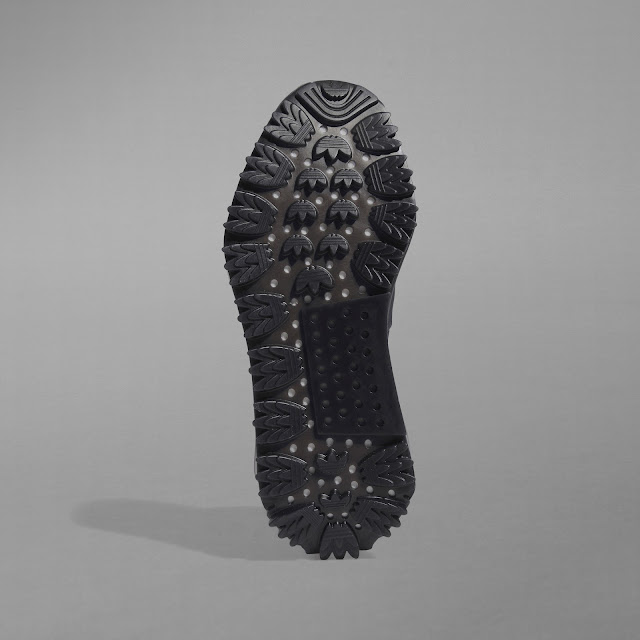 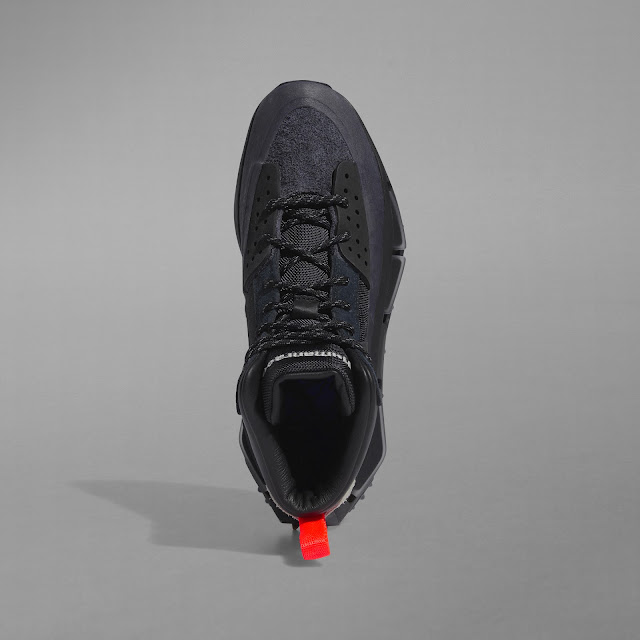 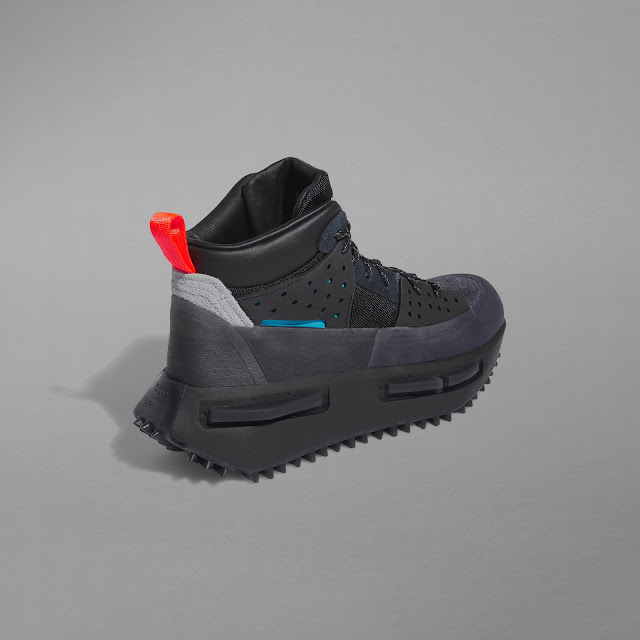 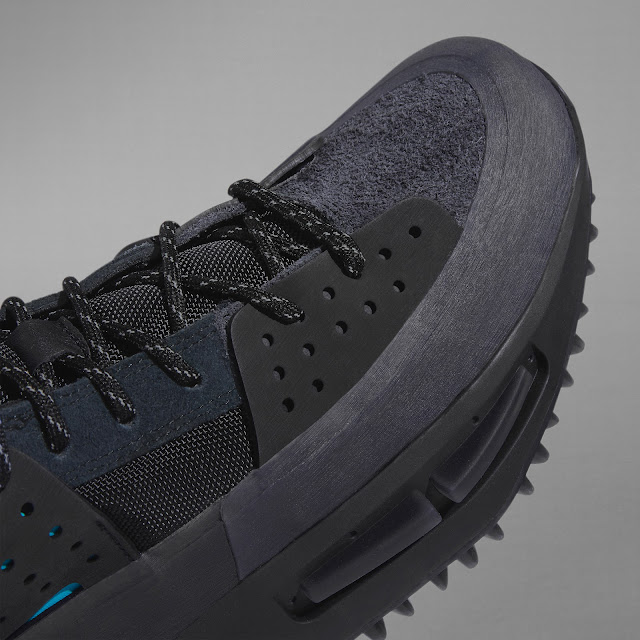 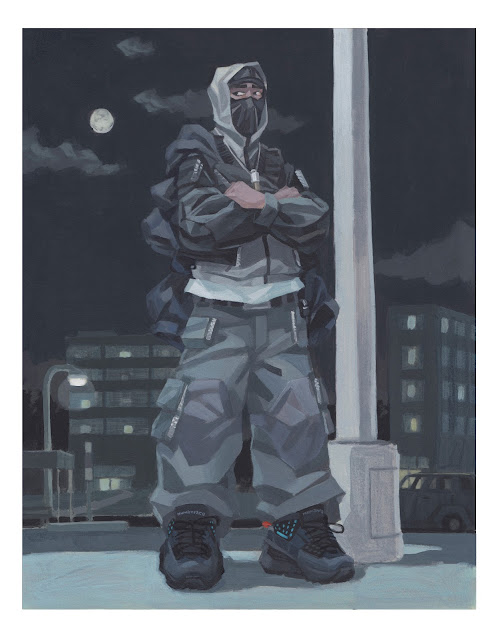 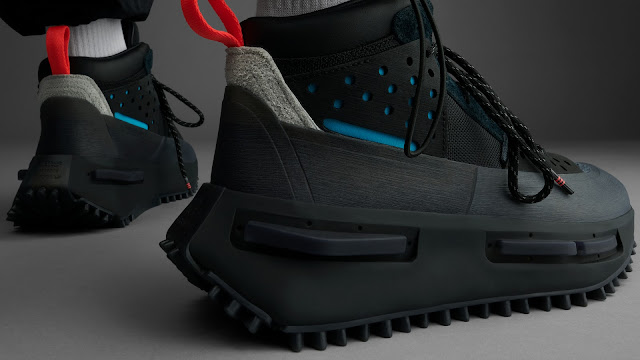