AMB 001 Pro by Aston Martin
Aston Martin and Brough Superior are revving up the intensity with the reveal of AMB 001 Pro, a visceral 997cc track only superbike inspired by Aston Martin’s unrivaled Valkyrie AMR Pro hypercar, unveiled today at the EICMA Milan Motorcycle Show.
The strictly limited-edition AMB 001 Pro is the latest design collaboration between the two brands, pairing Aston Martin’s legendary design with state-of-the-art Brough Superior motorcycle engineering.
Offered in a single Pro specification, the successor to the sold-out AMB 001 was inspired by Aston Martin’s no rules track hypercar Valkyrie AMR Pro. Like its inspiration, AMB 001 Pro takes track performance to the extreme, offering a 25% power increase on its predecessor, with its 225 HP producing a power to weight ratio of 1.28 hp/kg, similar to that of a Formula One® car.
Thierry Henriette, Chief Executive Officer of Brough Superior, said “We are excited to reveal the AMB 001 Pro at EICMA today. The success of its predecessor, coupled with the incredible Aston Martin Valkyrie AMR Pro, inspired us to get together again to create a new superbike; one that we know will excite our customers. We are particularly proud of the new engine type, with a crankcase fully machined from solid billet aluminium, which is a unique feature for a production motorcycle. With the marked increase in power this takes AMB 001 Pro into the hyperbike sector.”
The new AMB 001 Pro builds on the learnings from the AMB 001 and takes track exhilaration to the extreme.  The power increase comes courtesy of a new CNC-machine, dual-cylinder 997cc engine, which has been fully machined from AL 5000 solid billet. The ideal properties of the material improve the stiffness of the structural engine, whilst a new cylinder design with wet cylinder liners helps to improve cooling.
Downforce is increased via the front spoiler and side wings, with the front cowl now fixed to the bodywork to manage the downforce at the front end of the motorcycle. A tunnel effect air blade directs air over the rider. The airflow enters through a large intake integrated into the front wing, then passes through the new front cowl, to be deflected through the dynamic windshield. A rear fin with an aero stabilizer design further refines the aerodynamic updates.
The AMB 001 Pro is offered in a single specification, featuring a racing livery that combines Aston Martin Verdant Jade with satin finished carbon fibre and black Cerakote engine and suspension. These are highlighted by Photon Lime accents, paying a nod to Aston Martin’s winning bloodline of track racers.
In common with other extreme performance, ultra-luxury Aston Martin models, AMB 001 Pro is fitted with the Aston Martin ‘lacewing’ badge. Designed for the Aston Martin Valkyrie programme, the chemical etched aluminium lacewing is a remarkable 99.4% lighter than the brand’s regular enamel badge, and at just 70 microns thick is 30% thinner than a human hair.  It will be applied on the nose cowl and tank, on top of the painted finish yet beneath a perfectly smooth coat of lacquer.
Visitors to EICMA are treated to the first sight of the AMB 001 Pro prototype, displayed alongside its inspiration, the Valkyrie AMR Pro.
Initial orders have already been taken for the strictly limited edition AMB 001 Pro, which will be hand built  at the Brough Superior factory in Toulouse, France.  First deliveries will take place in Q4 2023. 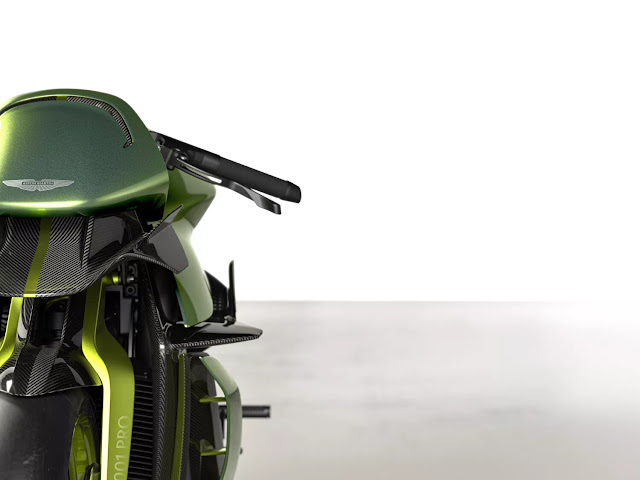 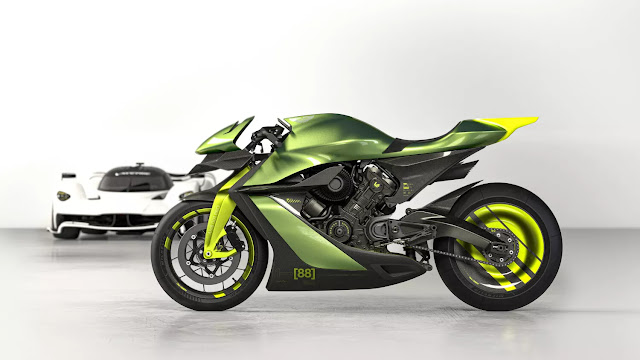 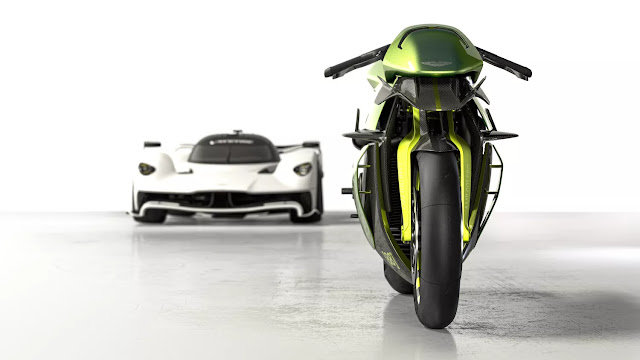 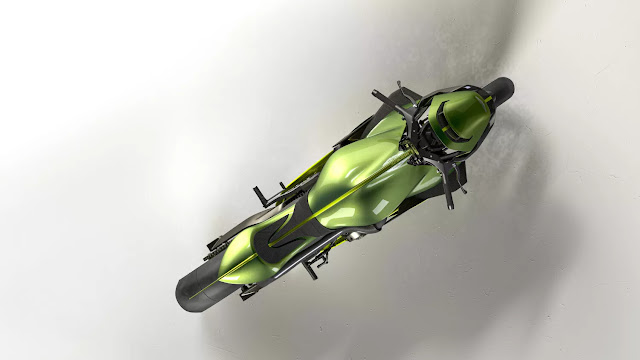 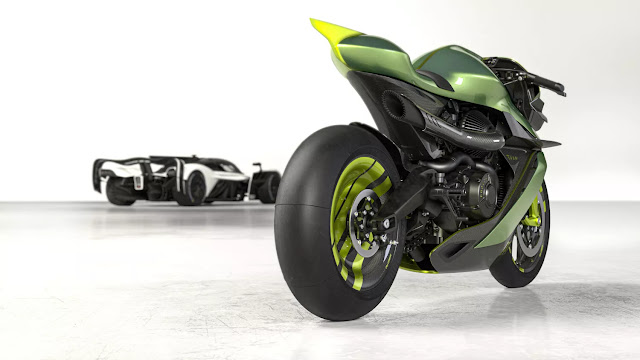 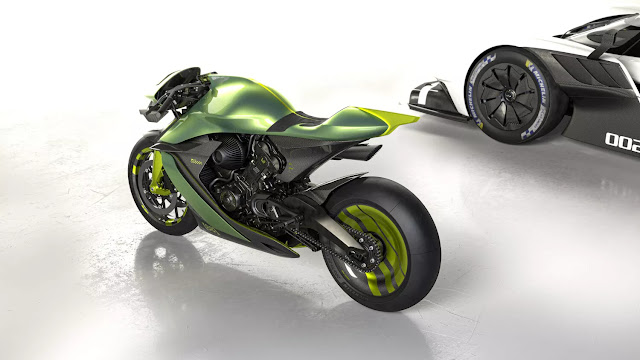