Dylan Sinclair Recruits Joyce Wrice for Cinematic “Never” Visual
Fresh off releasing the Deluxe Edition of his breakout EP No Longer in the Suburbs and collaborating with fellow R&B acts like DESTIN CONRAD and JVCK JAMES, Toronto singer-songwriter Dylan Sinclair is closing off the year strong with a brand new visual and the announcement of his debut headlining show in 2023.
Directed by frequent collaborators the Fang Group and shot near Serrania Park, CA, Sinclair has premiered the cinematic visual for new sultry single “Never” featuring an appearance by Los Angeles R&B sensation Joyce Wrice – WATCH HERE. The track appears on Sinclair’s expanded No Longer in the Suburbs (Deluxe), which has four additional songs including his explosive remix for “Open” with verses from DESTIN CONRAD and JVCK JAMES. 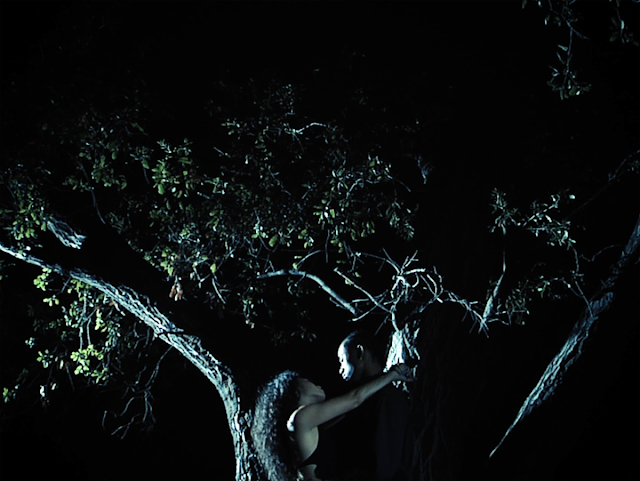 Today, Sinclair also announces his first ever headline show will be on Valentine’s Day, February 14, 2023, in his hometown of Toronto at a to-be-announced venue. Tickets will be available HERE tomorrow, Wednesday, November 30th, beginning at 11:00am EST.
Dubbed an “R&B king in the making” (Complex), touted as a “leading voice reshaping Toronto’s R&B sound” (CBC Radio), and hailed as an R&B artist to watch by Apple Music, the 21-year-old R&B singer-songwriter Dylan Sinclair cemented himself as one of the genre’s most promising up-and-coming stars with the release of his breakout EP No Longer in the Suburbs that highlighted the Filipino-Guyanese artist stepping into his own as he transitioned from teenager to young adult – all while remaining grounded, authentic, and aware that this is just the beginning.
The project produced the standout singles “Open”, “Lifetime” and “Suppress” that garnered placements on flagship playlists across Spotify, Apple, Amazon, YouTube, and TIDAL upon release and gained Sinclair over 600,000 monthly listeners on Spotify alone. In support of the record, Dylan performed at the 2022 JUNO Fest, made his debut at the world’s largest jazz festival in Montréal, and appeared in his hometown of Toronto for Manifesto Festival performing on the Budweiser Stage alongside a lineup that included dvsn and Davido.
Sinclair’s music has received praise from critics for his fresh and invigorating take on R&B with recent support from The Recording Academy/The GRAMMYs, The Toronto Star, Complex, Billboard, BET, Vibe, UPROXX, Teen VOGUE, ESSENCE, and more. He’s collaborated with artists like Savannah Ré and Emanuel and award-winning record producers including Boi-1da (Drake, Rihanna, Eminem, Cardi B), Rowan (Bryson Tiller, GIVĒON, Russ), and Marcus Semaj (GIVĒON, Snoh Aalegra, dvsn).
Follow Dylan Sinclair
Website
Instagram
TikTok
Twitter
YouTube
Spotify
Soundcloud