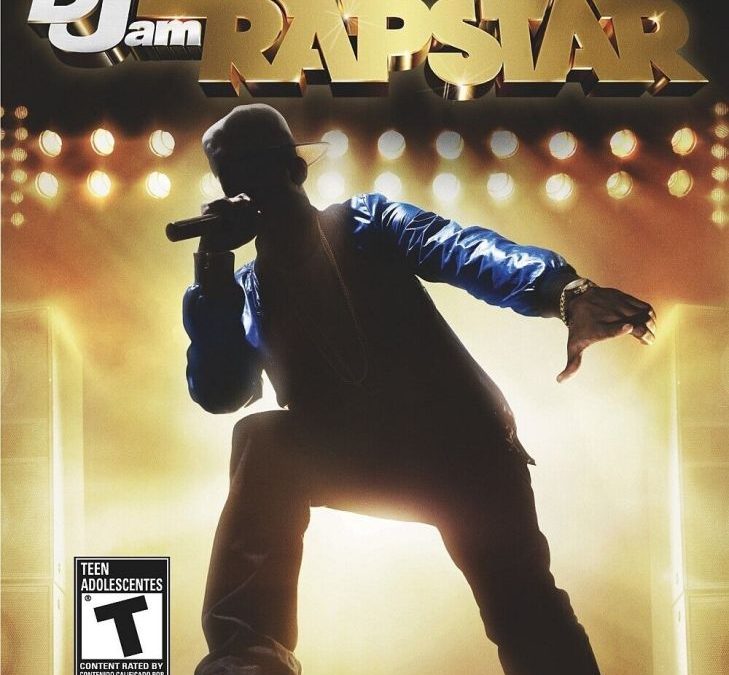 Remember the days of gathering with friends or family and busting out the ol’ game console for entertainment purpose? Needless to say, we all have at least one recollection of playing nonsense for hours upon end, forming fond memories strengthening bonds. While many look back and focus on the different qualities of games, such as mechanics and story, and underrated aspect that helps unwrap the coveted memories of our deep mind would the game’s soundtrack.

At one point, many would be surprised to find that hip-hop once ruled this realm for quite some time. The culture was finding itself invading unconventional areas to reach more potential listeners; and video games were near the top of the food chain in bringing more fans to the table. From soundtracks to themed games, we want to look at the various times that hip-hop was perfectly meshed with the video game world.

An immediate standout when discussing the crossover between these two realms came in the form of a karaoke-styles game called “Def Jam Rapstar.” Released on all major consoles at the time (Xbox 360, Playstation 3, & Wii), the game garnered major success, bringing living rooms together to perform karaoke versions of hip-hop classics, old and new. Tracks from Dr. Dre’s “Nuthin but a G Thang” to Lil Wayne’s “A Milli” flooded the game’s tracklist, bridging the generational gap in the genre and displaying the different regional styles that hip-hop possesses The game would even shed light on international rappers by adding hip-hop tracks from UK, France & Germany. However, the game wouldn’t follow up with another title and would face lawsuits from EMI, halting the trajectory for another game of this caliber. Truly a special time to be alive, nothing will ever compare to reciting “A Milli” flawlessly for the first time in front of friends.

While the previous selection achieved more in the musical aspect of this field, this upcoming selection would dominate the gameplay area and would garner cult classic success among Playstations everywhere: Def Jam fighting games. The blockbuster titles of “Def Jam Vendetta” and “Def Jam: Fight for NY” would deliver an action-packed experience of rap artists fighting amongst one another in various locations detailed in the music. In a twisted way, this acted as another version of Celebrity Death Match, allowing fans to pit their favorite artists each other and run the fade in a subway station. This game was dubbed a cult-classic among hip-hop fans everywhere, and even managed to reach those who were disconnected with the hip-hop world. As time continues to move on, we all yearn for a remake of this classics on modern platforms.

New-age fans of the genre really underestimate how hip-hop and skating go hand-in-hand. While they seem completely different from a bird’s eye view, a zoomed-in look on the two worlds shows that they go together almost perfectly. The new wave of skating games throughout the 2000’s captured this connection to a tee, serving as the safe haven for underground hoodies and casual sweaters to connect. Games like the Tony Hawk Underground series showed heavy use of hip-hop in its gameplay elements and soundtrack slots, providing the freestyle flow we all desired in a game. And whose to forget Skate 3’s impact on this generation, featuring direct soundtrack contributions from Del the Funky Homosapien, the original skater in the hip-hop world. While the line of skating games stopped in the early 2010’s, a new resurgence of the genre is on the rise as EA has announced the highly anticipated sequel of Skate 4. Here’s to hoping it lives up to expectations.

It’d be remiss to ignore the soundtrack work that Rockstar has delivered over the past two decades. Since the initial release of the Grand Theft Auto series, the developers at Rockstar have perfected the art of video game OSTs, crafting track lists with a sharp focus and accuracy to each game’s land scape. For example, Grand Theft Auto III saw a gloomier tone to the game’s sound, utilizing the rugged sounds of Sean Price and Royce da 5’9″ to compliment the games tone. A major standout that lives in our hearts forever is the superbly crafted tracklist that is Grand Theft Auto: San Andreas. The West Coast-driven game gave players a view into the world described by the region’s own gangsta rap scene, even going as far as letting iconic West Coast names voice characters in game. The soundtrack, which we all know by the radio names “Radio Los Santos” and “West Coast Classics,” is by far the most iconic in-game station of all time, seeing a mandatory return in the last installment of the series: Grand Theft Auto V. And this is only covering the tip of the iceberg.

An underrated installment in the Rockstar catalog (and a cult-driven game among Y2K babies), the Midnight Club series gave players a look into the nightlife of drag racing, paving the roads with the hottest hip-hop tracks on the streets. The Midnight Club games were a staple in each Playstation library, giving living rooms everywhere the inside on what tracks were really setting the streets on fire. From Lil Wayne’s “Go DJ” to Fabolous’ “Keepin it Gangsta” to The Game’s “How We Do”, players were blessed with the perfect set of street anthems to cruise to. Though the series was a smash, there hasn’t been another installment to the series since 2008, leaving fans with nothing but memories of a once-great series. The rivaling Need For Speed franchise would generate the same buzz and help fill the void, but as the series continues to receive follow-up titles, fans question if a street racing game would hit the same as it did in past. One thing’s for certain though, the soundtrack would have to match the iconic traces of its predecessors in order to reach the same peaks.