Review: Little Simz, ‘NO THANK YOU’ 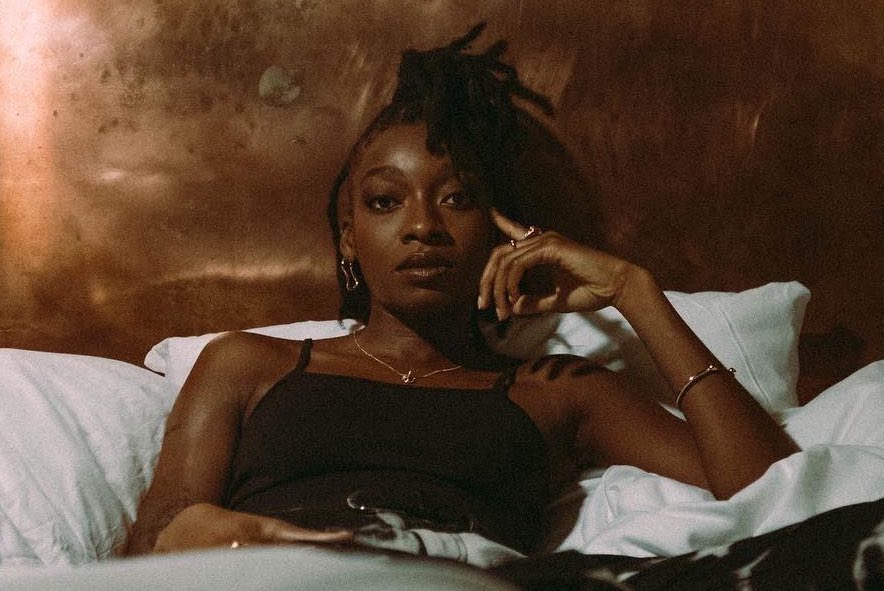 Little Simz is both frank and brazen on her fifth studio album, a fierce confirmation of sifted artistry and generational talent.

There are two ends to the release spectrum: world class artists that put out albums every five years, and world class artists that just need a twelve-month breather. For Little Simz, she’s returning just a year after her critical and commercial peak thus far, Sometimes I Might Be Introvert, an epic album that saw a traditional rollout spanning five months. The unexpected follow-up was announced six days prior and released on a Monday with no promotion, and serves as her first release under Inflo’s Forever Living Originals imprint. With all rules out the window and expectations high, the outcome can only be supported by the trust that Simz’s created between her and her fans.

On NO THANK YOU, Little Simz has ten darts in hand and hits the bullseye every time, coming in late but hot as a contender for rap album of the year.

Sonically, NO THANK YOU borrows much from her 2021 Mercury Prize-winning Sometimes I Might Be Introvert. Though this time there is a sharper fire in her belly surrounding the lengthy tracks, symboling a cathartic experience from a person who’s got shit to get off her chest. Simz recently parted ways with her manager of seven years, which inspired lines, “Why did I give you the keys to authorise shit on my behalf? / What did I expect from those living the corporate life?”, on album opener “Angel”. If it wasn’t clear from the title, the album is here to fiercely address dubious conditions, an aspect that separates NO THANK YOU from SIMBI, despite its production palette, and 2019’s GREY Area.

NO THANK YOU‘s second purpose is to show she is done with the thorns in her flowers. “No more slept on talk , no more underrated talk , pls & thank you”, she tweeted last year back in April. For years, Simz has been classified as an artist that’s acquired by a listener. Now that the breakthrough has arrived, conversations around her work have spread to American media and beyond. “This ain’t music one overlooks”, she declares on “Sideways”, which speaks to her confidence in the material, and the self-awareness to recognise she has improved with every project.

If Inflo’s lush production satisfies the average music listener, then Simz’s rapping will satisfy any avid rap fan. Little Simz exerts the best rapping of her career on NO THANK YOU, flexing flows, punchlines and rhyme schemes, combusting on songs like “Heart on Fire” and “Broken”. It adds another dynamic that separates it from last year’s effort, which had sharp performances but focused more on crafting large songs. Above all, it sets a robust argument for being the best rapper not just in the country, but a candidate for the most in-form rapper in hip hop right now.

The ability to evoke emotion is another peak of the album. Frequent collaborator and friend Cleo Sol assists on the album’s tender highlights, “Angel” and “Who Even Cares”, while Kojo shines on the closing track, “Control”. For a ten-track album, NO THANK YOU manages to maintain nimble variety that hones the brevity from Simz’s 2019 album and the daring aspects of her 2021 sensation.

NO THANK YOU confirms there is no better rap artist out the UK than Little Simz. As her profile grows, so does the music, a rare anomaly in an industry of snakes and ladders. Little Simz is rolling sixes and it’s ladders all the way.