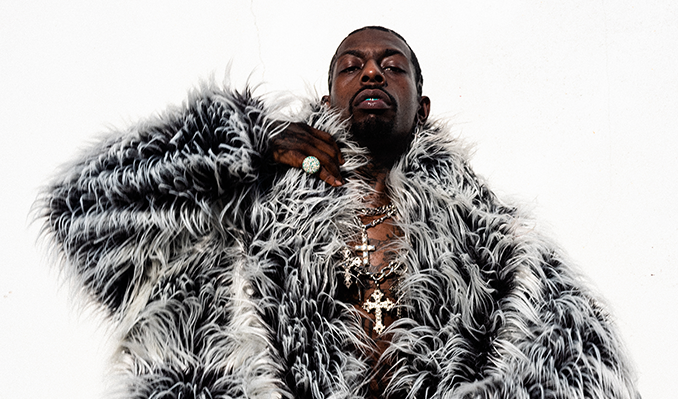 The Flatbush Zombies frontman unveils his long-awaited solo debut. It sheds an additional dimension of darkness and depth his character.

Flatbush Zombies serve as the most unique group that exists in hip-hop with their unique sense of art and distinctive style that is shared by the whole cast. It is easy to identify and distinguish who’s who in the group, no matter if Juice’s soothing voice or Erick’s precise performance. The general consensus is, Meechy Darko tends to make the biggest impression in tracks because of his powerful voice and his outrageous lyrics and that’s why fans have been demanding Meechy release an album on his own for many some time. While the group is on off for a short period to focus into new ventures on its own, Meech took the opportunity to release his debut album for the world to discover what he brings to the music industry as an independent artist.

Gothic Lux seeks to discover beauty in the darkness, and force listeners to leave their comfort zone for closer look inside the damaged soul.

The album taps into the concept of the beautiful struggle, revealing the artist’s talent in a dark environment. Through the entire album’s duration Meechy does not compromise anything by achieving the level of performance that previously could not be demonstrated on a collective project. The record offers listeners a better understanding of his life and the frontman of the Flatbush Zombies and the influences that shaped his music. With a diverse roster of tracks from close friends and famous artists the album is a perfect representation of Meech’s background in music while taking his talents to new levels and sound.

From personal issues to self-reflective epiphanies, Meechy is thoroughly transparent throughout the album, concealing anything from his dedicated band of followers. A debut album by an experienced artist Gothic Luxury is a step in the right direction since it assists Meech shed an entirely new musical skin while remaining to his Beast Coast brotherhood. One of the highlights is the deeply affecting song “On GOD”, an emotional song about his dad, which showcases a deeper level of writing, encased in the same grit which helped shape the sound of his predecessors.

The album does a great job by providing a terrifying soundtrack that matches Meech’s menacing performance like a piece of the puzzle. The foundation of this album is a consistent blend of polished and grittier undertones, which perfectly fits the concept behind this album’s Gothic luxury title. Meech moves effortlessly through the production of the album, rising from the sombre abyss of the sound established to present an unusual performance of hip-hop mingled with various genres. However the album is most effective at times when Meech is floating across bare-bones hip-hop music and with “The MoMA” and “LAVI$H HABiTS” being the main examples. However, the album’s vast palette does an adequate job of enticing listeners to Meech’s intricate art.

In a world where creating anticipation for a release can do much more harm than benefit, Meechy’s debut solo album is a departure from the norm by overcoming the odds and surpassing the expectations created by fans. When numerous artists struggle to move from their group projects, Gothic Luxury breaks the standard and allows Meech to explore a the territory that was previously hard to discover. The success of this project is shrouded by Meech’s dark obscurity, trying to find a balance between expanding as an independent artist, while still remaining rooted in the style that has helped make a formidable. Even though Erick and Juice aren’t featured throughout the album however, the Flatbush Zombie Dynasty is steadily growing as the string of spin-offs continue to emerge.

The entire album is Meechy. Fltabush Zombie talk out of the way, Gothic Luxury is unapologetically Meechy from top to bottom, the album acknowledges the ways in which Meech contributes to Zombie projects, and makes efforts to expand as a separate entity while still being successful in doing it. It is still evident that Meechy’s rebellious harsh tones offering a critical perspective about the norms of society and the power structures that govern them and makes tracks like “What If?” and “K.U.A (Kill Us All)” the core of this project. Anyone who was looking forward to Meechy Darko’s solo debut would be thrilled with the result.

Gothic Lux is a chilling experience offering listeners a peek into the dark side that is Meechy Darko.