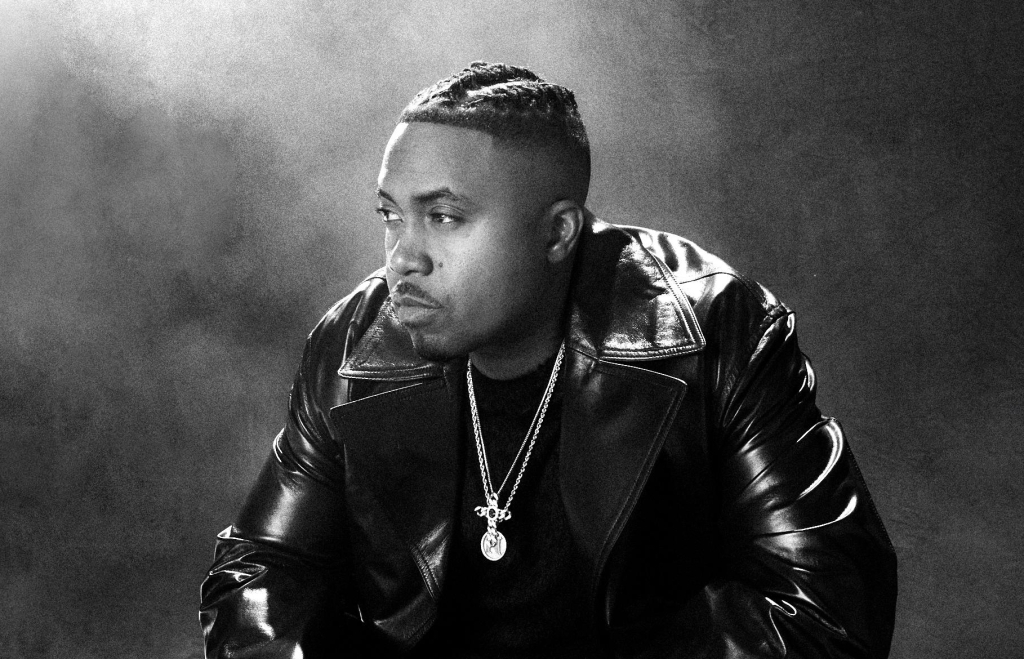 Nas eclipses his third prime on the best volume of the King’s Disease series, leaping to prodigious heights that marks the greatest renaissance in hip hop history.

It’s especially easy to become a ‘washed up’ rapper. As a 90s debutant, it’s very likely you laid your best material three decades ago. Trends change, passion is lost and old age catches up within a young man’s game. Though over the last two years, a certain Queensbridge rapper has defied the odds. Nas tackled the new climate by locking in with Hit-Boy, conjuring a partnership that spawned a trilogy of albums; the Grammy-Award winning King’s Disease, 2021’s sequel and the subsidiary Magic. Off the material so far, he’s a young emcee in a middle-aged man’s body, thriving independently when many would say he has nothing more to prove.

On King’s Disease 3, Nas completes the hattrick and then some, renewing stamina to leap the rapper’s presence in the 21st century to prodigious heights.

On the opener “Ghetto Reporter”, Nas raps “They argue KD1, KD2 or Magic, what’s harder, when
KD3 go harder than all of them.” It’s no empty statement of recency bias; King’s Disease 3 excels above and beyond its predecessors. Rarely do we see an upwards trajectory in a series of any medium, let alone from a rapper in his late 40s whose debut album upheld his legacy. Nas unlocks improbable form, raising his rapping, hook game and production choices courtesy of Hit-Boy. On the first King’s Disease, Nas was still clearing the rust off his flows, and still sounded like a dated rapper finding his footing in the new decade. King’s Disease II polished the bumps, while Magic roamed the dark corners of Queens. KD3 retains the summery King’s Disease sound while adding the aggression of Magic, causing high-energy highlights and sophisticated numbers on the board.

The first half of King’s Disease 3 is vehemently relentless. Its seventeen tracks makes it the longest instalment of the trilogy, but few tracks feel unwelcome. The efforts are heightened through the fact there’s not one guest appearance. At 49 years old, Nas is carrying your entire attention with ease, equipped with sharp flows, strong hooks and compelling subject matter. That trifecta of traits puts all requests to bed. Sure, it would’ve been fulfilling to have features from any of Nas’ peers, but the end product prevails to truly establish the rapper & producer as a two-man band.

Hit-Boy takes equal responsibility for the quality of KD3. He provides the best production of the trilogy, excelling past his previous efforts with no sweat. Beats like “Recession Proof” are in line with the current wave of underground hip hop, nostalgic yet modern in composition. His sample game excels on “Legit”, “Reminisce” and “Thun”, with the latter and “Michael & Quincy” donning the spell of Magic. Rap communities often discuss three-track runs, but the first half is more of a ten-track run; the energy just doesn’t stop, and with such punchy production behind him, Nas sounds rejuvenated at every second.

The second half is acutely matured, revisiting topics from earlier volumes. He explores the effects of old age on “Once a Man, Twice a Child”, a wise observation that emits humility. “First Time” focuses on the initial listening experience with your favourite artists, saluting greats such as Michael Jackson, Diana Ross, Stevie Wonder, and Tupac, but also shows love to the latest generational act, Kendrick Lamar. It’s a vital inclusion, proving that Nas is not an oldhead stuck in the past, but is willing to embrace the new foundations of hip hop, which also shines through his challenging production choices.

But the energy returns for “Beef”, the album’s intense lyrical peak where Nas raps from the first-person perspective of beef (“I’m the words that get misinterpreted / I’m the get back, I’m the first to hit, I’m the worst of it / Lurkin’ on your premises, I am your nemesis”). This is a classic Nas song waiting to be knighted, in line with sister tracks like “I Gave You Power” and “Fetus”, writing three perfect verses that feel plucked straight out of Nas’ 90s book of rhymes. More than anything, this song and album show that Nas knows his strengths, and capitalises on them at every chance given.

Nas was indulging in the old-man raps on the first King’s Disease, and his nostalgia gets the better of him on some KD2 moments. Here, he keeps his modern efforts to a minimum, but when they arrive they work impeccably. The trap cut “30” is the booming anthem of the album, the young-man acronyms only take up half of “WTF SMH”, and the drill portion of “Reminisce” shows Nas is a New Yorker to a tee. It’s a calculated blend that positions Nas as a cross-generational icon.

It takes a nation’s weight to spark fruitful interest for a 90s rapper in 2022. While doing so, Nas proves he had never fallen off. He remained steady throughout the 2000s, but stayed quiet throughout the 2010s. Now, he has four albums in a two-year span that settles all doubts. This is a historical rebirth, a feat that no rapper from his class can attest to.