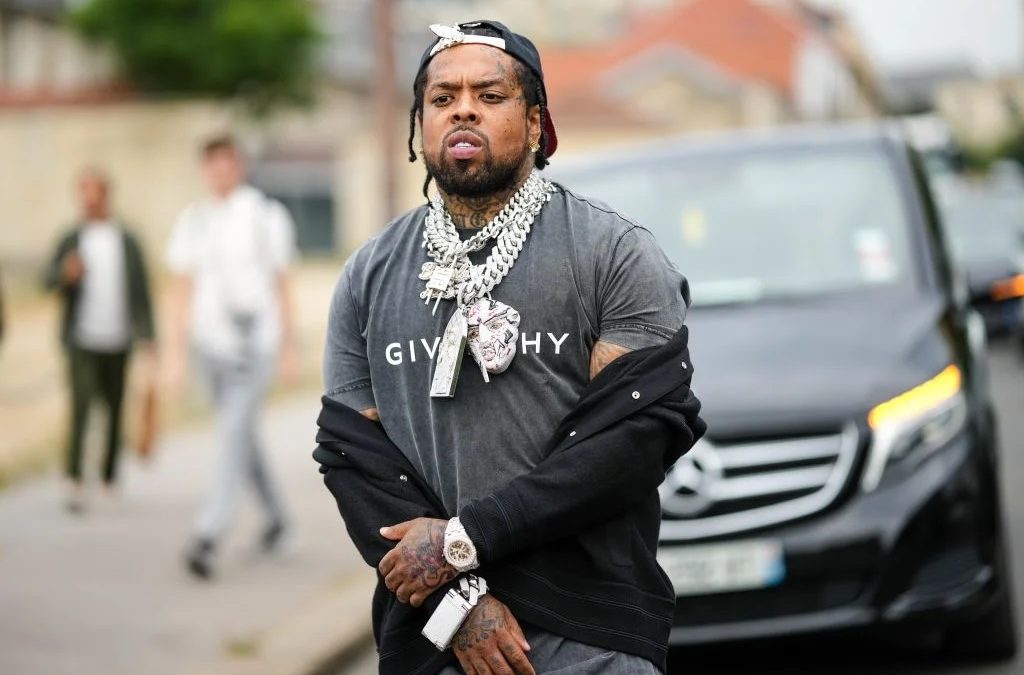 The tenth installment to the iconic mixtape series delivers another star-studded display of high-level street art.

After the release of Hitler Wears Hermes 8 and its B-Side counterpart (which acts as the ninth addition to the series), we were all so convinced that West had ended the sequence on a high note. However, the following year would see West progressively working on a new project, titled Michelle Records. After sitting with the record and developing it over time, what was supposed to be Michelle Records ended up becoming 10, the sudden revival of the Hitler Wears Hermes series.

10 picks up right where West left off in the series, exhibiting another exotic collection of rugged rhymes over lavish production and an all-star roster of features to pile on.

While controversial due to its title, the Hitler Wears Hermes series has left an everlasting mark on the underground scene, bridging the gap between covert up-and-comers and hip-hop legends. The celebrated series also helped revive the gritty feeling back into the genre, reaching closer back to its roots while simultaneously expanding the foundation’s sound. 10 follows the same mixtape-designed blueprint in that it ties all these aspects together and engraves its distinct place in a stacked catalog.

Right off rip, West throws a curve ball and gets on a Drama-assisted trap beat, “FlyGod Jr”, with a bouncy Doe Boy feature to match. From there, listeners embark on an exotic experience filled with high level fly-street art and a premium hip-hop sound serving as the base. A wide array of features tap in to assist the project, with names ranging from A$SAP Rocky to Black Star to Run the Jewels, each arriving at the site of West’s latest canvas. Though the features vary across different sonics and scenes, nothing is taken away from the Griselda sound as it continues to expand across different parameters in hip-hop but remains ingrained within the roots of the gritty foundation.

West himself waltzes into the occasion with the same energy, as if the Hermes series had never ended. The Griselda mastermind is credited with balancing a flashy and abrasive style, to which he further emphasizes throughout this tape. While the flamboyant leader would rather shed the spotlight among his established camp, West also has his shining moments on an variety of tracks. A major standout lies in the penultimate, “Mac Don’t Stop”, which radiates vintage Griselda energy, creating a gem through the chaos that is West’s style. Admittedly, West’s delivery requires either an acquired taste or a stubborn mind-state, but you can’t deny the genius levels of curation that goes into each installment.

The savior of this project – to many others – lies in the production, which follows the same template paved by West and his high-level taste in beats. Normally, West drenches each edition with beats from Daringer, Conductor Williams and Beat Butcha; however, this time around, West opted for a balance between in-house architects and legendary beatsmiths. The roster fluctuates from names like Pete Rock and Swizz Beats to Conductor Williams and Denny Laflare – even West’s own son, FlyGod Jr., has production credits on a track named after himself. West’s niche ear for beats always crafts the best possible production list for each installment, bringing the best out of every name involved with the latest project.

It doesn’t take a keen eye to see how much the series has evolved since the first release of Hitler Wears Hermes in 2012, going through many different phases over the years. From Hall N Nash placements to the next generation of Griselda, the Hermes series acts almost as a secondhand method of documentation for the franchise with 10 serving as the installment that ushers us into a new era for the crew. The record does so with its emphasis on the more recent signees, Stove God Cook$ and Rome Streetz, throughout the project. Though the spotlight sheds over other members, 10 still feels like a complete Westside Gunn record, oozing in the explosive personality of the Buffalo artist.

Still however, West’s delivery serves both as a blessing and curse; on one hand, he clearly stands out among his class of artists, but on the other, many find the abrasive adlibs and eerie loops to be too much for them. There are still many instances on this record where West overly extends on the chaos, but to longtime fans of the Buffalo rapper, this upheaval of madness is necessary with each record that West releases. For those who aren’t fan of West’s explosive delivery, the curation and production serve as great incentives to check out the project; However, If West isn’t yelling “BOOMBOOMBOOM” on each track then we don’t want it!

Westside Gunn’s 10 brings the Hitler Wears Hermes series back in style, delivering another great display of high level street-art and vintage hip-hop. Who knows what the future lies for the Griselda camp after this run, but so far, everything’s looking bright.